Oracle Versions – The Complete Breakdown For The Last 20 Years 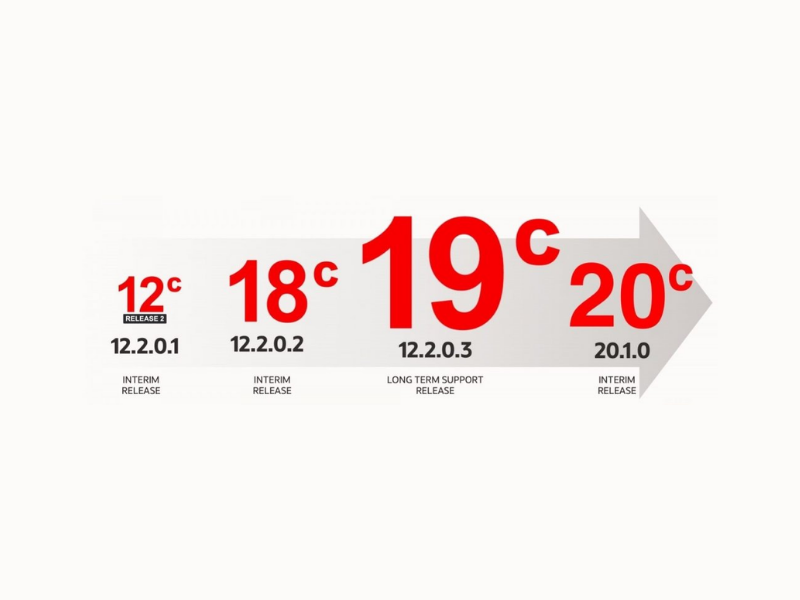 This release is mentioned for the i as opposed to the g and lately the c after the database versions.

i stands for Internet, G represents Grid Computing and C is a cloud computing moniker.

Released in 2007, this version contained more features than other Oracle Databases in its history.

Oracle stated that this version was more “Self Managing” than ever before, including fault diagnosis, a browser interface, Automatic SQL tuning, and automatic memory management with a focus on manageability for system DBA’s.

Released In 2013, this version introduced the new versioning methodology with versions being named after their year release date. 12, 18, 19 and recently 21, the other notable addition to this version was the added “C”; this represented “Cloud” and was the first ever release in the cloud series of releases, pluggable databases within Container databases whereby only the container database needs to be patched and upgraded.

This was a Long-Term release and goes end of life and out of support in July 2022.

Released as the first Autonomous Database in 2018, this database repaired itself, was self-securing and introduced a host of features that promised to change the Database world with its vision to effectively run and manage itself.

18c was an innovation release and effectively went out of support in 2021 with Oracle not offering extended support.

First released for general use in April 2019, 19c is considered the version of choice for upgrade from previous 12c versions. It is a long-term release with extended support to be available to 2027.

Although an innovation release, the Oracle database version 21c can be used in a production environment, allowing users to take advantage of some of the new feature availabilities.